International Series at The Granada Theatre

Season of the Maestros

CAMA’s 2017/2018 99th Season should be one of the finest single concert seasons in CAMA’s now nearly 100 year history, featuring some of the world’s most prominent living Maestros conducting four of the greatest American orchestras: Riccardo Muti with the Chicago Symphony Orchestra, Gustavo Dudamel with the Los Angeles Philharmonic, Michael Tilson Thomas with the San Francisco Symphony, and David Robertson with the St. Louis Symphony. And from London comes two of the finest British orchestras with the return of the peerless Academy of St Martin in the Fields with Music Director and Violinist Joshua Bell conducting, and the Santa Barbara debut of the exciting and adventuresome Orchestra of the Age of Enlightenment with Scottish star violinist Nicola Benedetti.

This will be a CAMA Season that simply is not to be missed! 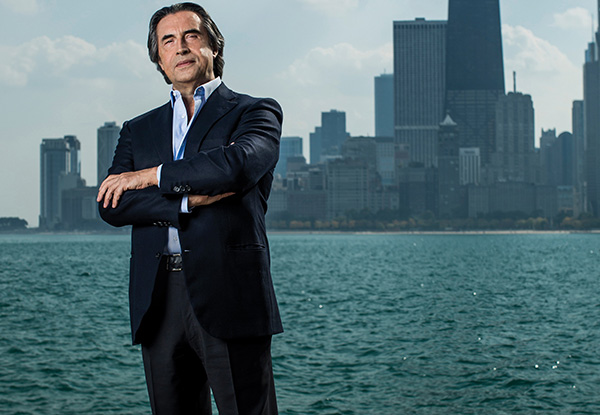 Not seen in Santa Barbara since 1987, the Chicago Symphony Orchestra is consistently hailed as one of the greatest orchestras in the world. In collaboration with the best conductors and guest artists on the international music scene, the CSO performs well over one hundred concerts each year at its downtown home, Symphony Center and at the Ravinia Festival on Chicago’s North Shore. Music lovers outside Chicago enjoy the sounds of the Chicago Symphony Orchestra through best-selling recordings and sold-out tour performances in the United States and around the globe. Maestro Riccardo Muti is one of the preeminent conductors of our day. In 2010, when he became the tenth music director of the Chicago Symphony Orchestra (CSO), he already had more than forty years of experience at the helm of the Maggio Musicale Fiorentino, Philharmonia Orchestra, Philadelphia Orchestra, and Teatro alla Scala. 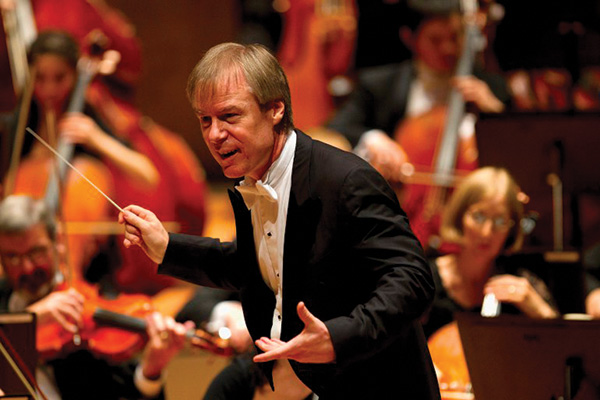 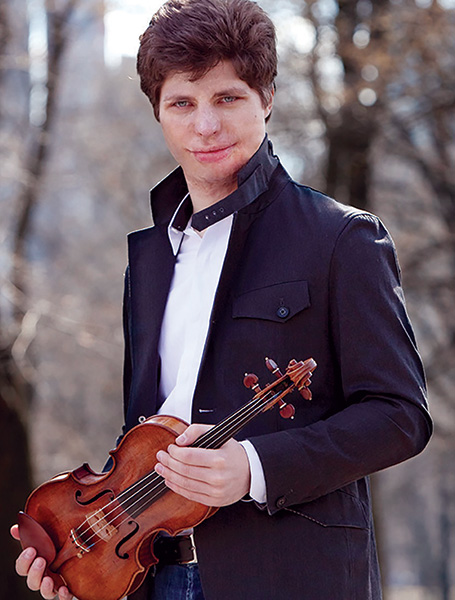 The St. Louis Symphony was founded in 1880 and is the second-oldest symphony orchestra in the United States, one of the nation’s great orchestras. A consummate musician, masterful programmer, and dynamic presence, American Maestro David Robertson has established himself as one of today’s most sought-after conductors. A passionate and compelling communicator with an extensive orchestral and operatic repertoire, he has forged close relationships with major orchestras around the world through his exhilarating music-making and stimulating ideas. 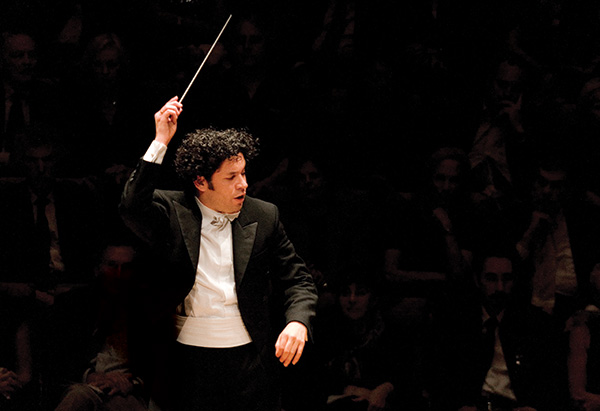 At the height of their powers, Maestro Gustavo Dudamel and the Los Angeles Philharmonic return to Santa Barbara with a powerful and unique program featuring LA Phil Principal Timpanist Joseph Pereira’s new Concerto for timpani and two percussion. Featured in the concerto are Pereira and Maraca2 (percussionists Tim Palmer and Jason Huxtable), a young percussion duo who are making waves in today’s music scene. 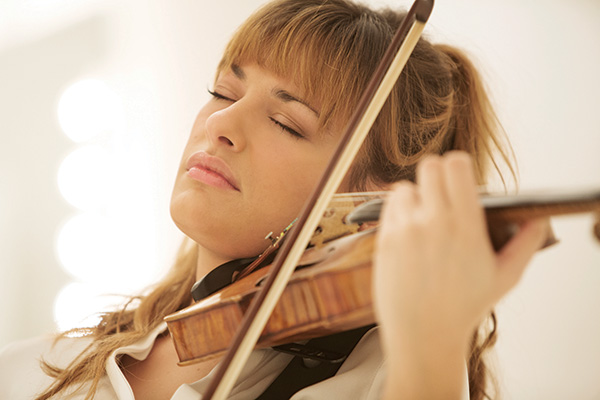 Orchestra of the Age of Enlightenment

For the past 30 years, the Orchestra of the Age of Enlightenment has shocked, changed and mesmerized the music world by reinventing the orchestra. Working with several principal artists, not just one conductor, and performing repertoire from a variety of eras on period-specific instruments, the London-based ensemble stands for excellence, diversity and exploration. It has become the toast of the European touring circuit with annual performances at London’s most prominent arts centers including the Southbank Centre, BBC Proms and Glyndebourne.

Nicola Benedetti is one of the most sought after violinists of her generation. Her ability to captivate audiences with her innate musicianship and dynamic presence, coupled with her wide appeal as a high profile advocate for classical music, has made her one of the most influential classical artists of today. 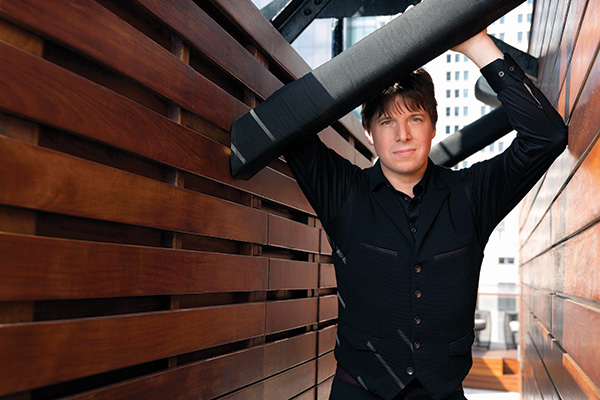 Academy of St Martin in the Fields

The Academy of St Martin in the Fields returns with famed Music Director and Violinist Joshua Bell. As one of the world’s premier chamber orchestras, the Academy is renowned for its fresh, brilliant interpretations of the world’s most-loved classical music. Joshua Bell is one of the most celebrated violinists of his era, and his restless curiosity, passion, and multi-faceted musical interests are almost unparalleled in the world of classical music. 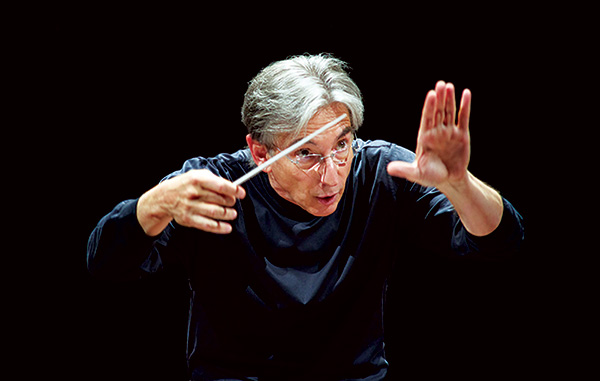 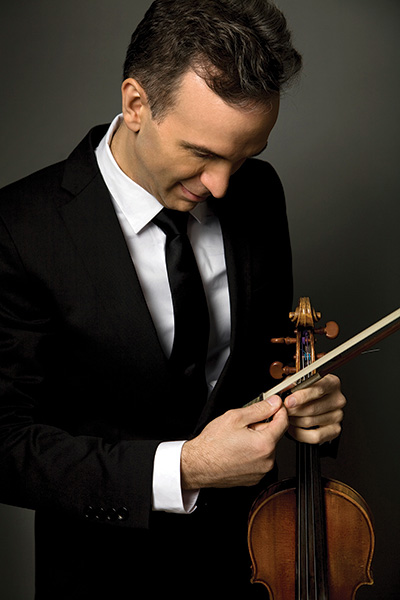 Founded in 1911, the San Francisco Symphony is among the country’s most artistically adventurous and innovative arts institutions. Maestro Michael Tilson Thomas is Music Director of the San Francisco Symphony, Founder and Artistic Director of the New World Symphony, and Conductor Laureate of the London Symphony Orchestra. He has won eleven Grammys® for his recordings, is the recipient of the National Medal of Arts, and is a Chevalier dans l’ordre des Arts et des Lettres of France.

Gil Shaham is one of the foremost violinists of our time; his flawless technique combined with his inimitable warmth and generosity of spirit has solidified his renown as an American master. The Grammy® Award-winner, also named Musical America’s “Instrumentalist of the Year,” is sought after throughout the world for concerto appearances with leading orchestras and conductors, and regularly gives recitals and appears with ensembles on the world’s great concert stages and at the most prestigious festivals.